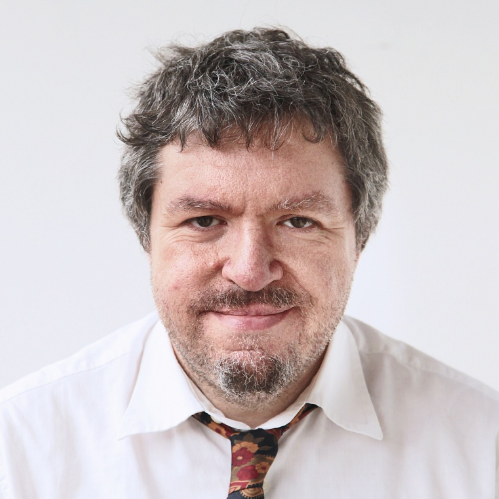 Born in Algeri, Algeria, the only child of a French father who died before he was born, and of an Italian mother raised in Tunisi, Lodolaio moved to Turin very young. The love for spices, cooking Arab food and the pleasure of hosting that his mother transmitted to him are an important part of his life.

Lodolaio has a background in I.T. and accounting. His first company, that he founded in Turin, specialized in software and hardware consultancy, computer networks and software for the management of residential buildings. Later, he opened another company specialized in superintending and managing large residential complex; they also managed the logistics and administrative sector of a large building company.

Lodolaio started attending classes and courses at the Damanhur center in Turin in 1998, and in 2002 he became a citizen of the Federation. The first job he carried out in Damanhur, in 2005, was that of general administrator of Damanhur Crea, a large commercial building that hosts many different activities: stores, art studios, medical and well being centers, an art gallery, a café and a congress center. In 2008 he closed his company to devote himself fully to the work for the community, always in the administrative field.

In 2015, Lodolaio was nominated as the Head of Treasure of Damanhur, role that he has to date.

A very reserved and kind man, Lodolaio is reliable and trustworthy, always willing to help others. He is a part of a group of Damanhurians engaged in studying and implementing policies for the safety for all citizens and the protection of all of Damanhur’s territories.

Lodolaio is a passionate cook and researcher on the characteristics and combination of foods to create dishes that are good, beautiful and able to stimulate all the senses. He often cooks for many people, as he loves to share food with others. He loves music, especially heavy metal, rock and hip hop, as well as classic Italian operas.

He is married to a Damanhurian. He has no children of his own, but is the “uncle” of choice of several children of the community.