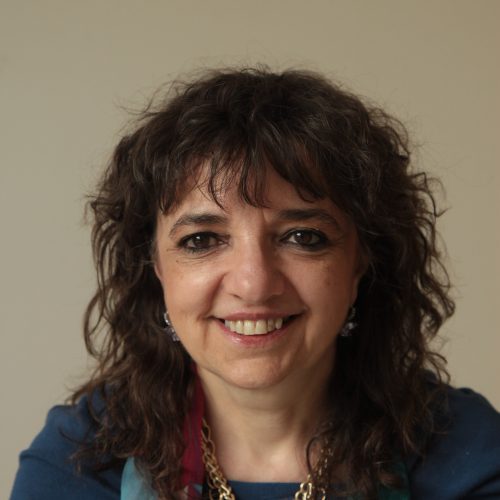 Born in Piedmont, in a town approximately 100 km from the area where Damanhur was to be founded, Panda hears about the community in her late 20’s, through friends that were studying mystical sciences at Damanhur.

Panda decides to join the same path, and after just one year she chooses to become a citizen, leaving her home and her job. It was the end of the ‘80’s.

In Damanhur, Panda starts to work in the commercial and administrative team of Damanhur’s food company, and later on that of Damanhur itself.

After these experiences, Panda feels ready to get engaged in the social and political arenas of the Federation. Over the years she has had many roles of responsibility, both with a focus on group and individual transformation, as well as a Guide of the Federation. She has been the President of one of Damanhur’s cooperatives, and later on, of an Association focused on the organization of artistic and cultural events in Damanhur. She has been the coordinator of Damanhur’s centers around the world.

She is the mother of Barys – a Gen Z young man – who has chosen to become a citizen of Damanhur and is very active within its social context.

Panda’s passions are cooking, cabaret acting and designing and sewing her own clothes. She has a talent for divination, and studies with great interest the secrets of the human psyche. She is also constantly researching into new discoveries that foster the betterment of humanity in all fields.