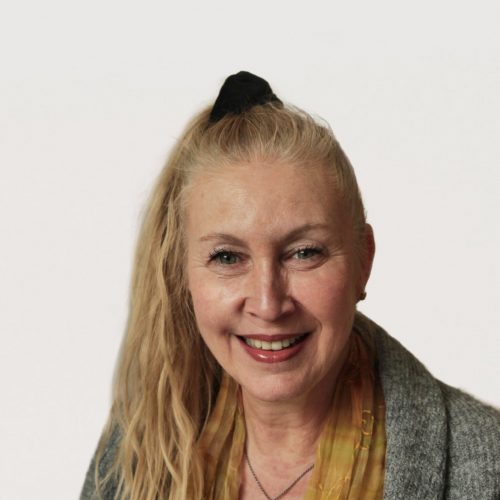 A native of Germany, Macaco has been living in Damanhur since 1993. For several years she worked on the international relations team of the Federation as Damanhur’s Representative for Community Networks. In 2008, she became Vice President of the Global Ecovillage Network-Europe (GEN Europe) and one and a half years later she was elected President. She held this position until 2015, and is now serving on the Advisory Board of GEN-International.

Macaco is the the President of Damanhur Education NGO and is also serving on the board of ecovillages related networks, such as Green Phoenix Think Tank and REDES (Reseau pour l’Emergence et le Developpement des Ecovillages du Sahel.
She is an international speaker, facilitator and Gaia Education Educator. Fluent in five languages, trained in community-building and conflict resolution, she has held roles of social responsibility in Damanhur, and has participated and presented at a large number of international conferences and United Nations related events all over the world.

She is a strong advocate of renewable energy use and eco-building and lives in a straw bale house that she built herself together with her husband, a Peruvian architect.
Macaco’s passion is music: before joining Damanhur she was a professional jazz singer and toured the world with her ensemble. She continues to sing at various events at Damanhur.