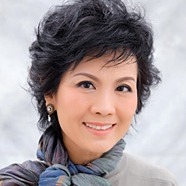 A Chinese born in South Vietnam, Jacqueline has had an adventurous life that has brought her to live in several countries and become a bridge between East and West, conjoining philosophies and cultures, towards the foundation of the unity consciousness of One Shared Humanity.

Jacqueline grew up with an appreciation of the universe and of nature through the cosmology of the compassionate Tao and I-Ching, and the wisdom of Chinese Medicines. Her education was in French since childhood; she then completed her higher education in the U.S. with a degree in international business and marketing.

She is a spiritual visionary and is an award-winning author for her first book “Exultation—Erotic Tales of Divine Union.”

What motivates Jacqueline is her passion to help liberate initiatives and high potentials in people—to join with them in co-creating a healthier and friendlier world, where human justice is honored, and the ecology of their environments kept sacred. Her humanitarian endeavors embrace the love and care for the precious sentience and resources of our planet.

Jacqueline has had careers in both the United States and Asia in global high tech business and in entrepreneurial ventures, including a nationally-acclaimed holistic Spa in Northern California where she hosted many Damanhur events. Over the years, Jacqueline and her husband WeiLi have supported Damanhur in a variety of ways— inclusive of gifting the first Damanhur Chinese book; and in 2013 the creation of a special meditation space based on Selfic Paintings in Inverness, California. Selfic Painting is an alchemical technique developed by Falco, the late founder of Damanhur.

Jacqueline and Wei Li Nee are longtime friends of Damanhur and other consciousness-raising communities, such as the worldwide Gene Keys group and the eco-movements in China. She is a volunteer counsel to bridge alliances with China and Asian countries.