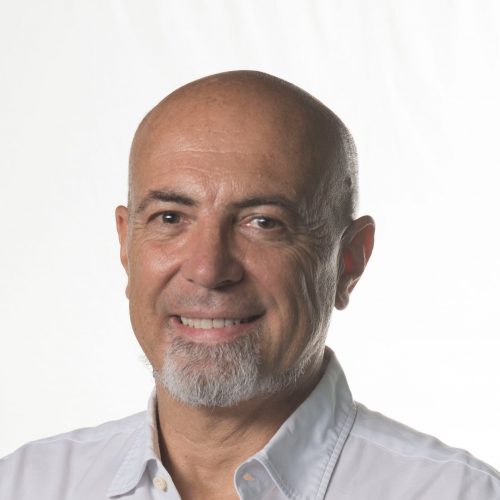 Born in Florence, Rinoceronte has always been inspired by the beauty of his hometown. Striving to create harmony in his life, he became a designer and an Architect and opened an architectural studio in Florence, which employed 25 people. In 2004, he then completed a university degree in Engineering.

In 2000, he started attending the School for Spiritual Healing at Damanhur. The philosophy and practice of the community touched him deeply, and since then he has been pursuing the dream of a sustainable world in which spiritual principles guide and inform material realizations.

IN 2003, together with his wife, also a Damanhurian and an Architect, he started planning the Temple of Concordance, that is one of Damanhur’s most important future projects.

In 2005, he moved to Damanhur, where he opened a new architectural business. Since then, he has devoted himself to designing sustainable buildings and to the restructuring and expansion of
existing constructions, using energy conservation principles. One of the residential buildings he built won an international award as Green Building. (FEE certification)

Besides his work as a designer’s, since 1987 Rinoceronte’s professional activity has been characterized by an ability to manage complex projects, acquisition of properties or companies, strategy, construction and sometimes sales or management. He has established good relationships with numerous world-class real estate funds, banks, national and international investors. Thanks to his experience in these fields, in 2017 he has been nominated to the role of Head of Strategic Development of the Federation of Damanhur.

A father and a grand-father, Rinoceronte loves to spend his time with his family. He has a great love for horses, that has rode and showjumped for many years. He is passionate about films, fine arts and fine foods, and is a great lover of life that, for him, is a constant occasion for Renaissance.